Mount Rushmore and the Statue of Liberty 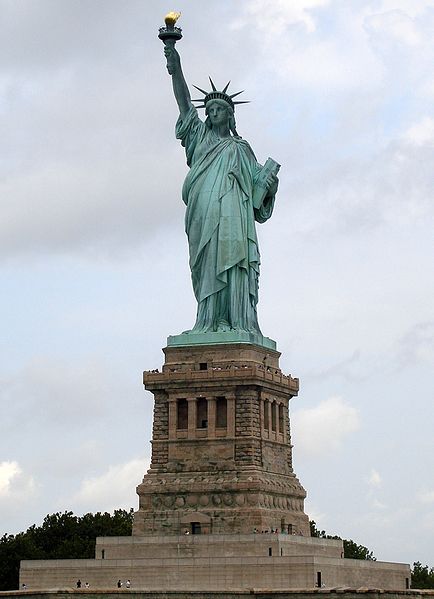 Fréderic-Auguste Bartholdi, "Liberty Enlightening the World" (known as the "Statue of LIberty"), 1870-86. Hammered copper over wrought-iron pylon designed by Gustave Eiffel. Height from base to top of torch 112' (33.5 m). Image courtesy Wikipedia.

I have a quite a hoard of art history books in my possession. Out of all of my books, I only have one survey textbook which mentions the Statue of Liberty.1 None of my textbooks mention Mount Rushmore. Since these monuments have iconic status in American culture, I was surprised to realize yesterday that these monuments don’t really factor into the realm of art history (especially in the United States). Likewise, the sculptors Bartholdi and Borglum are hardly household names among Americans. 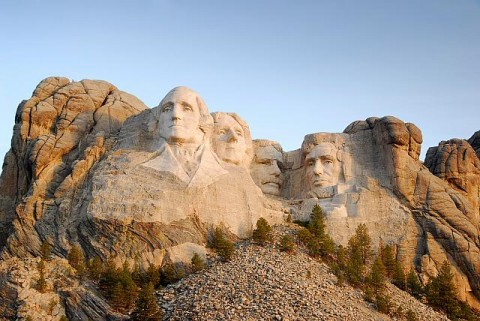 My husband and I discussed this topic yesterday, after seeing an image of Mount Rushmore on a television screen. We came up with a couple of theories as to why these monuments are not discussed in art history very much. I thought I’d jot them down here, and see what others think:

What do others think? Did you ever learn about the Statue of Liberty or Mount Rushmore in an art history class? If so, what did you discuss? If you’re curious to learn more about these two American monuments, I have a few sites and images to recommend: