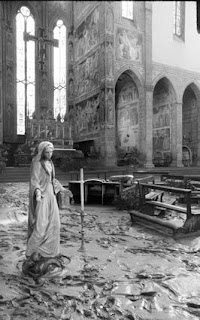 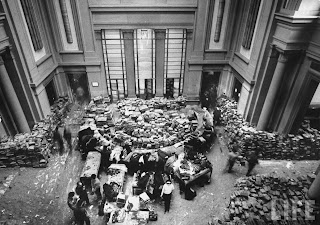 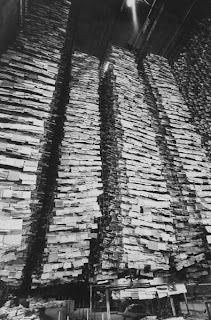 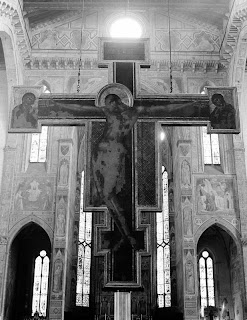 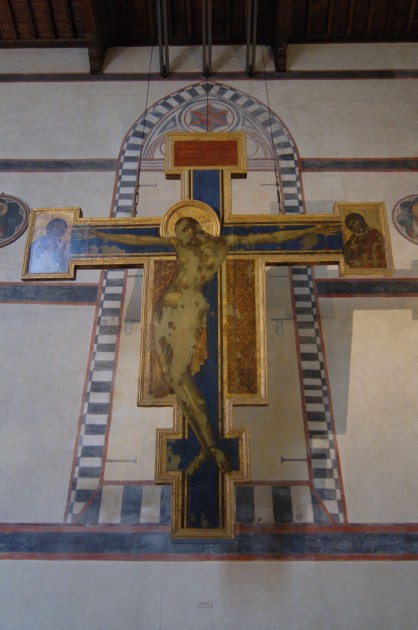 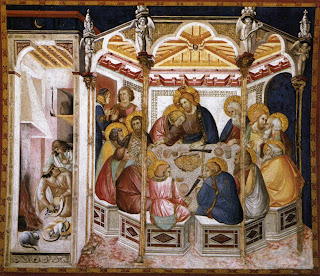 Pietro Lorenzetti, The Last Supper, c. 1315-19
I think that the kitchen scene on the left of Lorenzetti’s The Last Supper is really interesting. This scene shows a man washing dishes, and it looks like he might be scraping food off of the dish to give to a dog. I read this morning that there is no biblical source to justify the inclusion of this domestic scene.1

I realize that this may be true. This may be just a domestic scene. However, this scene made me think of the biblical story of the woman of Canaan, who asks Jesus to bless her daughter. Since this woman was a Gentile, Jesus answered that he couldn’t extend a blessing and metaphorically “cast it to dogs” (Matthew 15:26), because Christ’s mission was to the house of Israel. This woman persists in asking for a blessing, and tells Jesus that “the dogs eat the crumbs which fall from their master’s table.” (Matthew 15:27). Would the 14th century Italians (i.e. Gentiles) have been interested in this story? I imagine that they would have viewed themselves as the Gentiles who were beneficiaries of Christ’s sacrifice (as symbolized in the sacrament of the Last Supper). I wonder if Lorenzetti’s kitchen scene and depiction of the dog eating scraps could allude to this passage.