A few months ago, my husband and I were looking at an exhibition of photographs by Arnold Newman. This series depicted portraits of different 20th century artists, and it was so interesting to see a compilation of faces that are figuratively “behind” the great works of art from that era. I particularly remember a photograph of Mondrian. Upon seeing that photograph, my husband laughed and said (all in good humor), “Ha! This looks like an uptight guy who would paint grids and squares!” 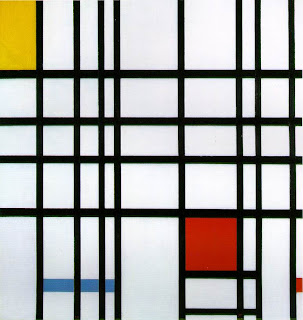 I’ve been thinking about that comment this afternoon, as I’ve been looking at Mondrian’s oeuvre. Mondrian is definitely best known for the De Stijl movement and paintings from his mature style (such as his Composition in Yellow, Blue and Red, 1937-42, shown left).

Although I like Mondrian’s mature style well enough, I agree with Rosalind Krauss that Mondrian limited himself (or caged himself!) within with the grid composition of his mature style.1 Mondrian painted in this style from about 1920 until the he died from pneumonia in 1944.

Personally, I am much more drawn to Mondrian’s pre-1920 paintings. I sense more freedom and exploration in these earlier works, which appeals to me more than the formulaic (but undoubtedly iconic) later style. I also find it interesting that Mondrian took an early interest in depicting the natural world, but he gradually moved toward abstraction after the introduction of Cubism. Honestly, I think Greenberg could have created a little “Modernist Painting” trajectory on Mondrian’s career: Mondrian continually flattens his paintings and removes “non-art” references until finally reaching his mature style.2

Here is just a glimpse at how Mondrian’s style changed over the beginning of his career: 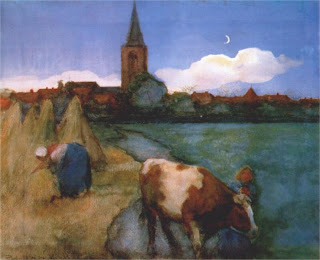 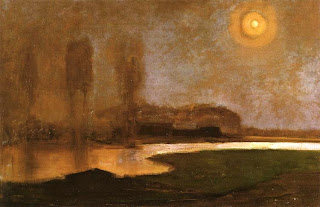 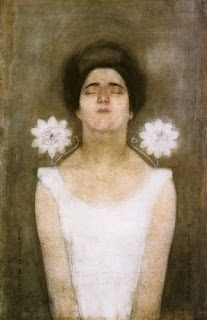 Piet Mondrian, Passionflower, 1908
(Doesn’t this painting remind you of Klimt?) 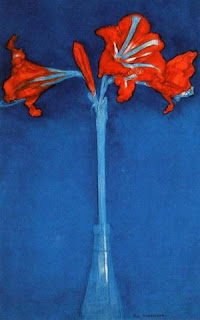 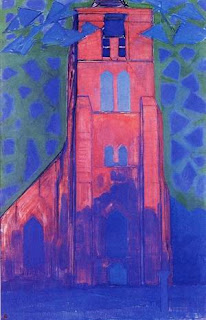 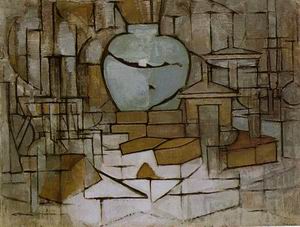 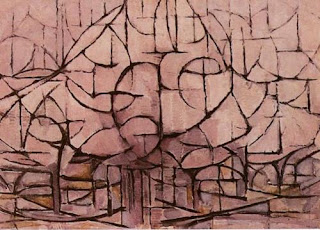 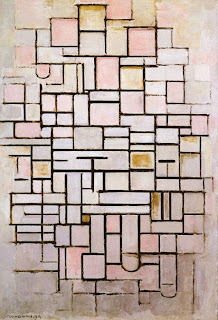 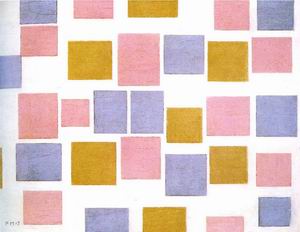 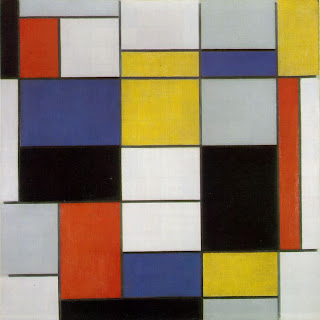 Piet Mondrian, Composition with Black, Red, Gray, Yellow, and Blue, 1920
Mondrian experimented with so many styles! I can spot Expressionism, Fauvism, and Cubism in his earlier works. For an even clearer understanding of Mondrian’s early style and evolution, see images here and here and here.

So, I guess that Mondrian wasn’t always the “uptight guy” who favored squares and primary colors! What do you prefer? Mondrian’s earlier style or his mature style? Why?