Perhaps Not a Vermeer? 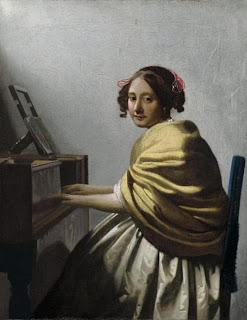 I wonder what kind of controversy will be sparked by Binstock’s new book! Some of the debates have already started. Rosenbaum cites one reviewer in Art Newspaper that called Binstock’s theory a “wild assumption based on limited information.” Since I’m not a connoisseur of Vermeer, I can’t give an opinion myself. I also have not read Binstock’s book yet. It does seem, though, that Dr. Binstock has credible expertise; he received a PhD in Northern Baroque and Renaissance art from Columbia, and currently teaches at Columbia and New York University.

Ah, revisionist theories. It looks like the art community is about to get riled up again…