Over the weekend, I listened to author and curator Suzanne Fagence Cooper present a Zoom lecture titled “At Home with Jane and William Morris,” drawing information from a book scheduled to come out next year. I was especially interested in the passing comment that Cooper made about William Morris’s painting La Belle Iseult (1858, shown below). This is the only completed oil painting by William Morris that exists; today his work in the arts is more closely associated with designs of tapestries and wallpaper prints. However, early in his career (when he fell under the beguiling spell of Dante Gabriel Rossetti), Morris tried his hand at painting. The model for this painting is Jane Burden, who would marry William Morris the following year in 1859. 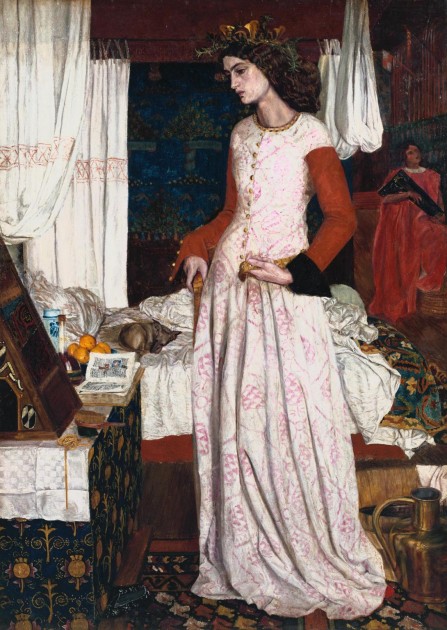 Suzanne Fagence Cooper mentioned how this painting is has some similarities with Jan Van Eyck’s painting The Arnolfini Portrait (1432), with the positioning of Iseult’s body matching the turned pose and voluminous drapery folds of the Arnolfini wife, in addition to the inclusion of oranges on the right side. In comparing the two paintings side by side, the folded up bed curtains on the right side also have similarity in composition. Both paintings also include carpets, dogs, mirrors, and slippers. 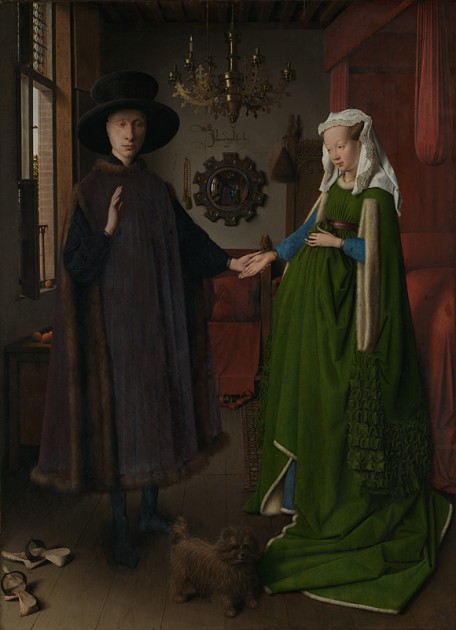 The Arnolfini Portrait was purchased by the National Gallery (London) in 1842. The influence of the Arnolfini Portrait on the Pre-Raphaelite Brotherhood (and William Morris, but extension) was highlighted in a 2018 exhibition Reflections : Van Eyck & the Pre-Raphaelites.   In fact, La Belle Iseult was included as part of the show and was promoted online an attraction.

I haven’t been able to find a photograph of this painting that includes an image of the original frame by Morris, but this article mentions that the phrase “As I can” is included, as a nod to the phrase that Van Eyck would use in when signing many of his paintings. (If anyone has or knows where there is a photograph of this frame online, please share!) It seems to me that La Belle Iseult also includes a humble acknowledgement of William Morris’s shortcomings as a painter, not only in contrast to his peers Edward Burne-Jones and Dante Gabriel Rossetti (as others have noted), but specifically Jan Van Eyck: the back of the painting includes the inscription “I cannot paint you; but I love you.” It seems to me that this inscription also is intended to complement and echo the “as I can” sentiment on phrase on the frame.

While William Morris may have sensed his limitations as a figural painter, Suzanne Fagence Cooper pointed out how La Belle Iseult indicates Morris’s strengths in pattern design. The carpets, tapestry, drapery pattern all are meticulously painted and are the greatest strengths of this painting. In fact, I think that these patterns are part of the greatest tribute to Jan Van Eyck, since he paid attention to minute details and was very interested in reproducing the likeness of fabrics and textures.

Wiley and Morris at the St Louis Art Museum 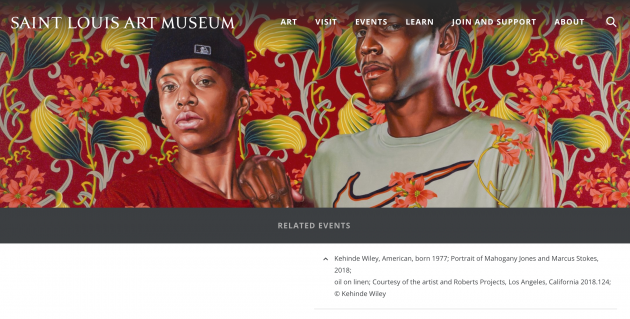 The radio silence on my blog has been deafening for me, but luckily I’ve been able to do some writing over the past few months. The William Morris Society in the United States contacted me a few months ago, after reading my 2016 post on Kehinde Wiley and William Morris. I expanded this initial post into a new one for their “News from Anywhere” webpage with updated information about a current Kehinde Wiley show at the Saint Louis Art Museum. And check out the gorgeous catalog cover for the exhibition! 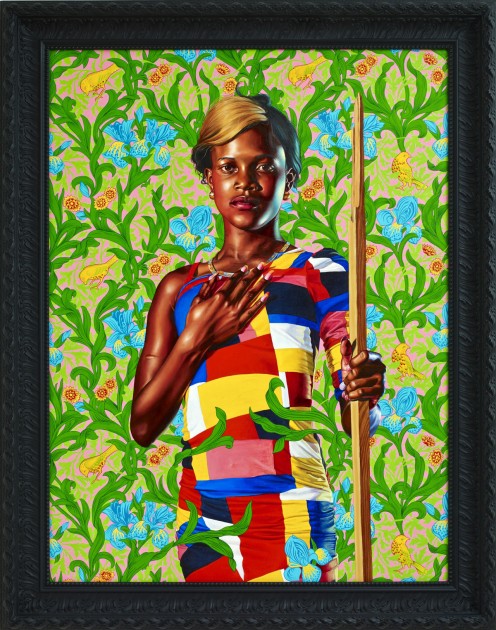 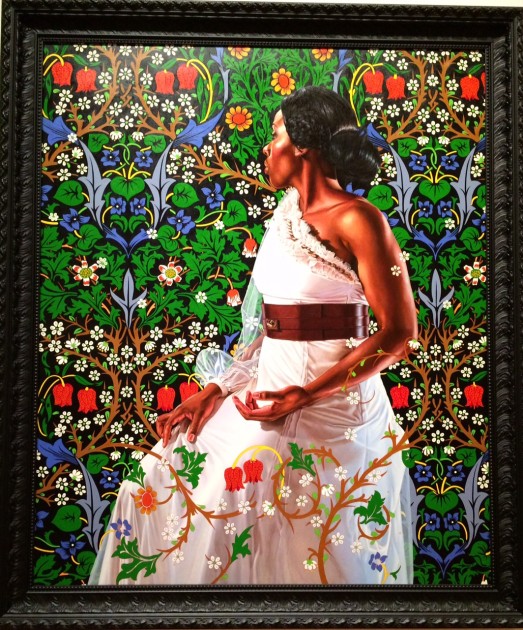 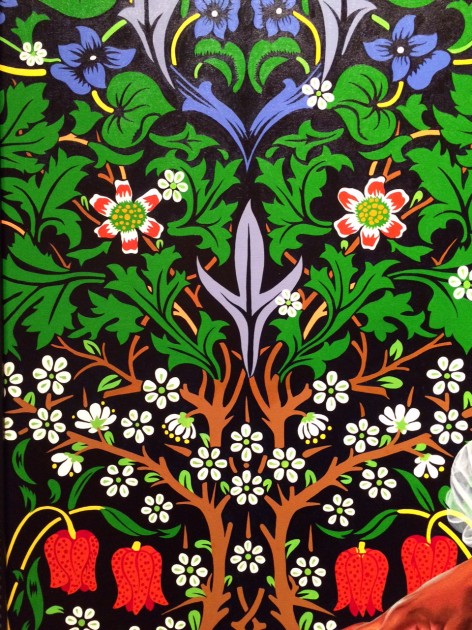