I have plenty of things to do this afternoon, but I keep stopping to think about Van Gogh. Today I was discussing with my students about how Van Gogh is the quintessential example of the “artist-genius” construct (an artist who essentially is tortured by his art and creative mind). After all, Van Gogh cut off his own ear (unless Gauguin cut it off!), checked himself into a mental asylum (no doubt because of his uncontrollable passion for art, right???), and committed suicide. 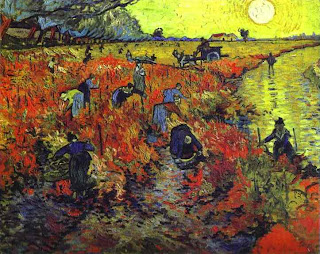 Such aspects of Van Gogh’s life are popular to discuss in the world of art history (after all, we still are drawn to the “artist-genius” idea), but there has always been one other biographical detail which has puzzled me for a long time. In order for one to fully emphasize Van Gogh’s oppressed, tortured life, one of the following “facts” is oft repeated in the art world: “Van Gogh only sold one painting during his lifetime” or “Van Gogh never sold a painting during his lifetime.”

So, which is it? Did Van Gogh sell a painting or not? Or did he sell more than one painting? I’ve seen different answers in all types of locations (such as here and here), and I find it curious that there is so much ambiguity on this topic. Perhaps this confusion is partially a result of the internet, although I think that these these “facts” about Van Gogh have been independently propagated for much longer than the past two decades.

Luckily, the internet also has resources to allow for fact-checking. This afternoon I’ve been reading through an unabridged collection of Vincent Van Gogh’s letters online. These letters indicate that Van Gogh did sell (at least) one painting during this lifetime. The Red Vineyard (shown above, 1888) was sold to Anna Boch for 400 francs in 1890 (just a few months before Van Gogh’s death). The Red Vineyard had been on display at the 1890 “Les XX” exhibition in Brussels. Van Gogh was well aware of his sale, since he wrote his mother about the sale in a letter from 20 February 1890. In a later letter the following month (dated 29 March 1890), Vincent’s brother Theo asked if he could send Vincent the money “from your picture from Brussels.”

A website dedicated to Anna Boch has put forward some suggestions as to why Boch bought The Red Vineyard. One suggestion is that Boch wanted to show some support for Van Gogh, since his art received a mixed review from artists and critics at “Les XX.” Or, as an Impressionist painter, it is possible that Boch simply was interested in Van Gogh’s style. Whatever the reason, the sale was made.

Do you know any more information regarding Van Gogh’s sold painting(s)? Any thoughts as to why this ambiguity has not been completely resolved? With Valentine’s Day around the corner, I thought people would like to look at Flavorwire’s article, “The 10 Best Art Kisses of All Time.” My two favorite pieces that are highlighted in the article are Rodin’s The Kiss (1889) and Brancusi’s The Kiss (1908 version found through link).

I would have also included Canova’s Cupid and Psyche (c. 1787-1793, see detail here) on the list. Even though technically the figures have just kissed or are about to kiss (depending on who you ask), it’s a much more beautiful sculpture than that horrid drawing by Picasso (listed as #9 in the article). Ugh.

Do you know of any other works of art which are appropriate for Valentine’s Day? 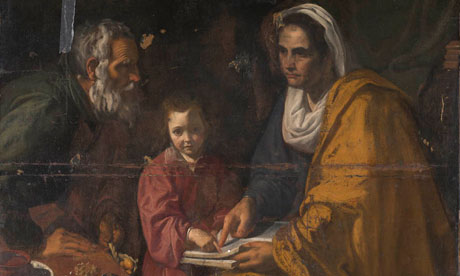