The Open Mouth in Baroque Art 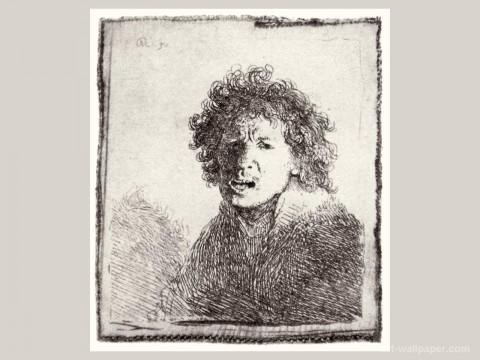 Rembrandt, Self Portrait with an Open Mouth, 1630

This morning I’ve been thinking about how a lot of Baroque art depicts figures with open mouths, or partially-open mouths. Since the Baroque period involved a heightened interest in emotion and psychological reactions, it’s not surprising that artists would be interested in exploring the human emotions that are conveyed through this specific composition. 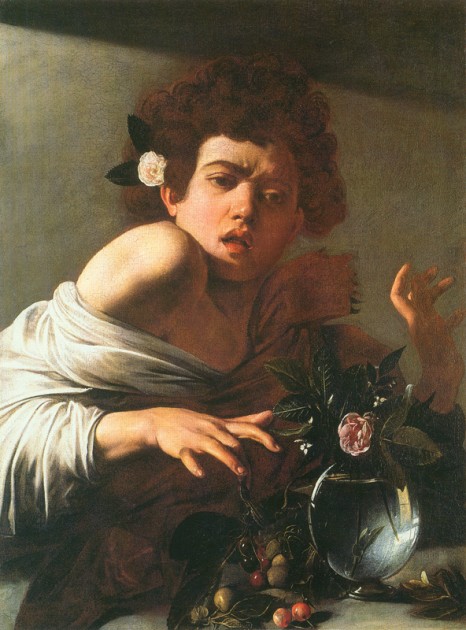 Jean H. Duffy explains how the open mouth can convey multiple emotions at the same time, including pain, ecstasy, and fear.1 Caravaggio was well known for depicting figures with open mouths, including his famous Boy Bitten By a Lizard (see above) or David with the Head of Goliath (both the version in the Borghese Gallery and the version in the Kunsthistorisches Museum in Vienna). and  The complexity of such expressions no doubt were appealing to Baroque artists, who often were continually interested in the idea of mingling emotions. Perhaps the open mouth motif and its varied effects are a nice compliment, then, to the ways that Baroque artists tried to mingle other aspects of their art, like the tendency to mix artistic mediums.

Howard Hibbard also weighs in on the discussion of the open mouth, particularly when he discusses Guido Reni’s Immaculate Conception (1627, Metropolitan Museum of Art). Hibbard finds that the open mouth imagery can relate to Counter-Reformation sentiment. He writes, “Mary’s mouth, like those of the angels, is partially open, as if voicing a prayer or supplication. The revelation of human warmth and frailty – the humanization of the divine – is a characteristic of seventeenth century art and Reni was one of the innovators.”2  The humanization of figures like the Virgin and saints were important at this time, especially as the Catholic church sought to make such figures more approachable and relatable to a lay audience. In addition to Reni, the sculptor Bernini often depicted his figures with open mouths, most notably seen in The Ecstasy of Saint Theresa (see detail above). 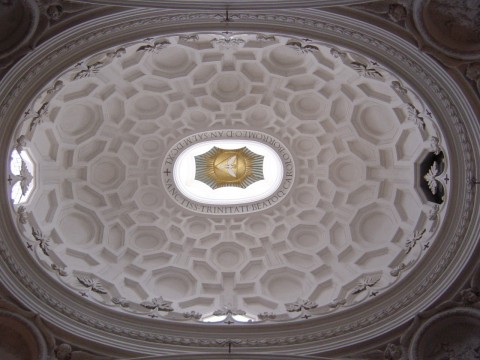 This topic of open mouths has got me thinking quite a bit, and I wonder if there can even be some parallels made with Baroque architecture. The shape of a human’s open mouth seems to have parallel with the ovals that Borromini and Bernini utilized in their architectural spaces. I think the irregularity of the oval lends itself to the emotion and perhaps vulnerability that is found in the open mouth of a human. The oval is also a more dynamic shape than the circle, which adds to its expressive features.

I’m sure that these musings on the open mouth and oval shape are going to influence the way that I interact with Baroque art and architecture in the future. I’m curious to see whether I feel like I’m walking into a gaping mouth the next time I step into Bernini’s piazza outside of Saint Peter’s (1656-67)!

What depictions of open mouths (or oval shapes) do you like in Baroque art? Do you know of any other theories for why the open mouth would have been preferred during the Baroque era?