I’m back from my trip to Turkey! It was so neat to see Hagia Sophia, the Süleymaniye Mosque, the Anastasis painting in the Chora Church, Ephesus, Pergamon, the rock-cut churches of Cappadocia, and much more. I’m sure I’ll share photos and thoughts on the trip intermittently on this blog. I took hundreds of photos and learned a lot. But, like always, I left my trip feeling like I had a lot left to learn. I’m excited to follow up on the questions that were generated during my trip. 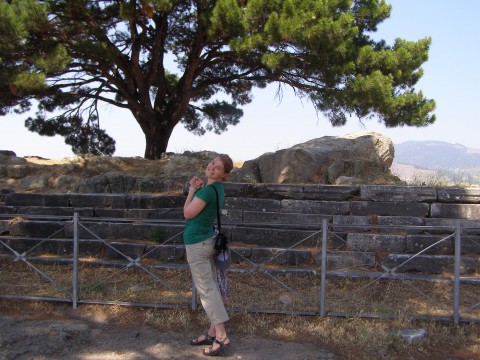 A highlight of the trip: seeing the original location for the Altar of Zeus at the acropolis of Pergamon (modern-day Bergama). Be still my heart! Now I just have to go to Berlin to see the actual altar!

One of the things that I found most surprising on this trip actually occurred as I was taking a gondola ride up to the acropolis at Pergamon. I noticed a large dam at the base of the acropolis. This dam was built by DSI, the State Hydraulic Works in Turkey. My friends’ guide books mentioned that this dam, the Kestel Dam (built 1983-1988), covered up some ancient ruins. Upon going to the local museum in Bergama, I learned that salvage excavations took place between 1977-80 and 1985-88. Several finds were made, and it was discovered that the site was not only a necropolis but also included the pottery workshops mentioned by Pliny.1 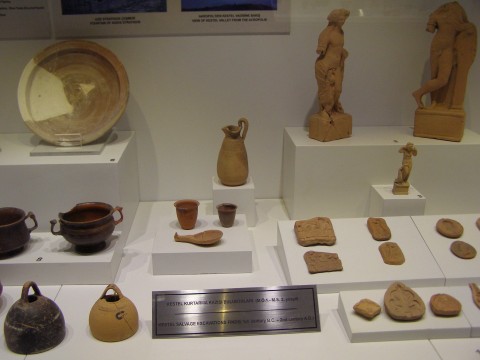 From what I can tell, the construction of the Kestel Dam didn’t cause much resistance in the art world or Turkish community. Perhaps the finds weren’t considered significant enough to generate interest. (Of course, these excavations took place before the Internet came about, which may also account for the lack of information/coverage on the topic.) It is interesting to see, however, that the construction of another dam in Bergama (Turkey), the Yortanli Dam, has caused quite a stir over the past few years. 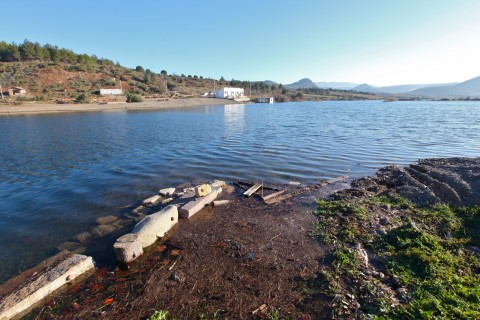 Some of the ruins from the ancient site Allianoi, before they were covered by the reservoir created by Yortanli Dam

I’m quite surprised that I didn’t hear about the Yortanli Dam or the ancient site of Allianoi before going to Turkey. Since coming home, I’ve noticed that the topic has seen a lot of press coverage since dam construction began in 1998. NPR covered the story in 2005, World Archaeology published a piece in 2005, CNN wrote an article in 2010, National Geographic posted pictures of the site in 2010, and the Times wrote an article in 2011 (an op-ed for the article is available online).

Allianoi is a Roman bath complex located in Bergama, which is considered to be a major historical significance. Several have claimed that Allianoi is the world’s oldest thermal spa. The site was discovered when preliminary excavations took place in 1998, in preparation for construction of the multi-million-dollar dam project. Columned courtyards, well-preserved floor mosaics, and sculpture were found at the site. The finds were astounding, especially since most reports still claim that only 20% of the site was excavated.

Various debates and spurious arguments took place in regards to the preservation of Allianoi from the impending dam construction, including a controversial proposal in 2007 which suggested that covering structures on the site with clay would conserve the ruins. The construction of the dam moved forward and in 2010 it was reported that ten thousand meters of the site were covered with sand. Unfortunately, activists lament that water will still be able to damage the site, regardless of the sand.

The battle to preserve Allianoi was lost; today the site has been covered with about 15 meters of water. I think that this is such an unfortunate loss. There is much doubt that the site will ever be excavated, even after the dam’s lifespan is spent. I wish something could have been done to appease those who were interested in preserving the site, and also appease the farmers who were in need of irrigation water. 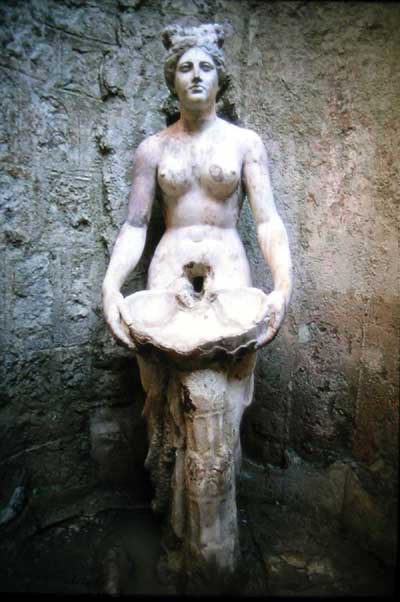 Allianoi Nymph, 2nd century CE. In recent years, this sculpture became the "poster child" for the campaign to save the Allianoi complex.

When riding the acropolis gondola and discussing the Kestel Dam in Bergama with my friends, I expressed my dismay that the Turkish government would let a dam cover any historical site. My friend replied, “Well, which is more important: providing water for hundreds of people or saving ancient ruins?” I hastily replied (though with a trace of self-awareness), “We have to save history above anything else!” But as I’ve sat and thought about my friend’s question more, I’ve realized how complex situations can be. At what point do we stop preserving history and try to care for present needs? (Can the needs of both the past and the present be met at all times?) History needs us just as much as we need history. If we aren’t around, there won’t be anyone around to appreciate and learn from the past. On the other hand, if we don’t preserve history, it will never exist for us.

1 Museum text panel, Bergama Museum (24 June 2012). The panel discusses that the workshops were mentioned by “Pliny, the Roman author.” I assume that this refers to Pliny the Elder (instead of Pliny the Younger).