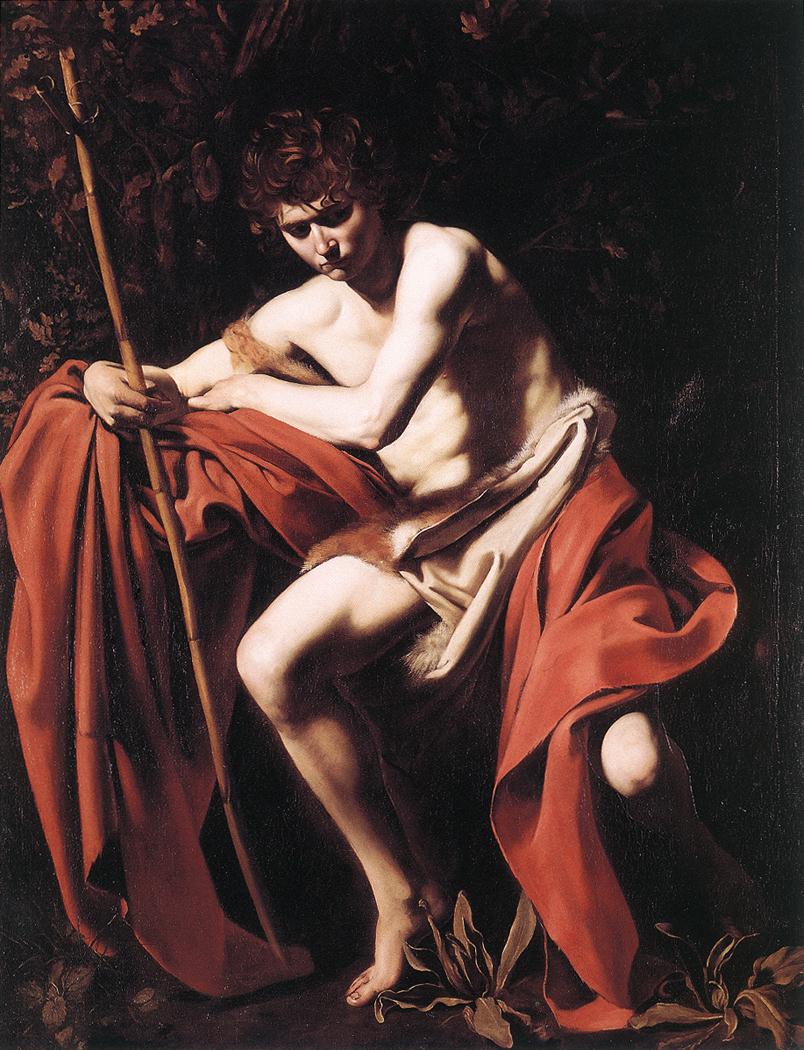 Well, my friends, I did it. Last week my husband and I went down to Texas on an art pilgrimage. We first stopped in Houston to visit the Rothko Chapel (Rothko is my husband’s favorite artist), and then traveled up to Fort Worth so that I could visit the Caravaggio and His Followers in Rome exhibition at the Kimbell Art Museum. We hit a lot of great art museums and installations during the trip, but I loved the Caravaggio exhibit the most of all. It was a pretty phenomenal experience to see so many Caravaggesque paintings (and actual works by Caravaggio) in a single space. Monochromatic backgrounds, tenebristic lighting, and dirty fingernails reigned supreme. It was awesome.

The exhibition display is pretty interesting. The exhibit is sectioned-off into areas that are dedicated to different types of subject matter (as is presented in the exhibition catalog). With the exception of a few paintings, most of the works by Caravaggio are not given too much visual prominence among the other works in the exhibition. Instead, everything is combined together so that one can get a sense of the breadth and influence of Caravaggio’s style. I appreciated this comprehensive approach; I think that it was very easy for the exhibition to prove Caravaggio’s influence as a painter.

However, I don’t think that it was easy for all museum visitors to tell which works were by Caravaggio without help from text labels and audio guides. I overheard one women telling someone that Caravaggio had painted a self-portrait in the background of one painting – and she was looking at a work by Simon Vouet! I would imagine that many typical visitors did not know the difference between Michelangelo Merisi da Caravaggio and his Caravaggesque follower, Cecco del Caravaggio. When I visited the museum on a busy weekend afternoon, the strongest visual indicator for Caravaggio’s paintings were the audio tour crowds that naturally formed. If a visitor didn’t know enough about Baroque art to pick out a work by Caravaggio, they simply needed to spot a crowd of people standing with their heads cocked, listening to an audio device.

There were several details that I noticed during the exhibition about Caravaggio’s work. I was very struck with how Caravaggio’s tenebrism are even more striking when viewed in-person, especially in the painting Saint John the Baptist in the Wilderness (see above). The bright flesh of the saint seems to hum and glow with life, as does the brilliant vermillion drapery. Such vivacity is only offset with the exception of a few areas that are cloaked in dark swaths of shadow. The whole painting is indescribably impressive. 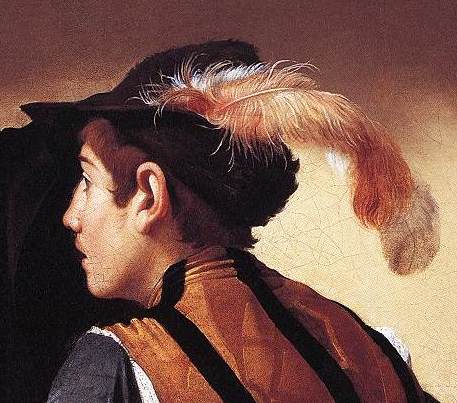 One of the things that I loved about this exhibition was that I noticed several details in Caravaggio paintings that I had never noticed before. I remember noticing the slightest trace of a mustache on one of the figures in The Cardsharps (c. 1596, see detail above). I was impressed with the light, wispy quality of the feather stuck in the same figure’s hat. I also stopped for a long time to admire the texture of the shimmery, blue satin on Mary Magdalene’s dress in Martha and Mary Magdalene (c. 1598), something that is completely lost in some reproductions. Even the curl of Mary’s hair casts a dramatic and striking shadow, which doesn’t translate well in a reproduction.

Several of the Caravaggesque paintings were striking as well (although not as striking as the works by Caravaggio, in my opinion). Ribera’s work impressed me the most. I particularly liked the leathery, tanned skin of Ribera’s Saint Jerome (c. 1623; Cat. 35). I remember looking at the fingers of that saint for some time.

That being said, I didn’t think that all of the Caravaggesque paintings were very good. Some of them, in fact, looked simply ridiculous (to the point of being eyesores) when hung in the same room with Caravaggio’s Saint John the Baptist in the Wilderness. I wasn’t surprised to see that the museum placed The Holy Family in Saint Joseph’s Workshop (attributed to Carlo Saraceni or Guy François, c. 1615; cat. 41) and The Martyrdom of Saint Cecilia (Guy François, c. 1608-13; cat 12) behind two temporary walls. They looked like pretty poor paintings in comparison with Caravaggio’s work. When I complained about those paintings to my husband, he said, “When I saw those paintings, I got the impression Caravaggio influenced all kinds of painters, even ones that weren’t very good.” I’m not sure if the exhibition intended to convey that message, but that point was definitely made! I personally think the should have been taken out, though. These were some of the last two paintings that I saw during my visit, and it left a bad taste in my mouth (or a bad impression on my eyes, I should say). I had to turn and look at Saint John the Baptist in the Wilderness for a few more minutes afterward, just to cleanse by visual palette. 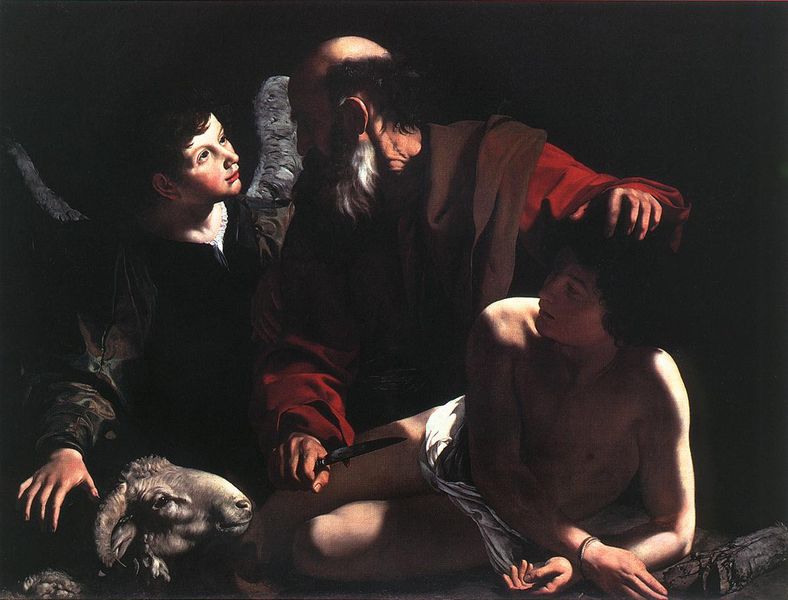 All in all, I really enjoyed the show (despite seeing the paintings by Saraceni and François – ugh!). I would have liked to have seen a few more paintings that have been attributed to Caravaggio (some of which have had their authenticity and provenance called into question), but those paintings were only on view when the exhibition was in Canada earlier this year. Hopefully I’ll get to see Saint Augustine (c. 1600), Saint Francis (c. 1598, cat. 30) and Sacrifice of Isaac (c. 1598-99, shown above; cat. 53) another time, so that I can form my own opinion about those pieces. 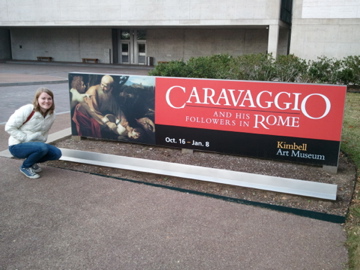 Me outside the Caravaggio show, December 2011