When I visited Europe several summers ago, there were a couple of things that inspired me to pick up a sketch pad. And I’m not really an artist, so when I’m motivated to draw (and put aside the impulse to self-criticize), I’ve gotta be pretty darn inspired. Santa Maria della Salute (Venice, 1631-1687, shown right) was one of the things that inspired me to draw for a bit. Really, it was the huge baroque scrolls along the drum of the dome that I sketched (click on the image to see the scrolls in better detail).  They are awesome, and I couldn’t help but think about the large volute scrolls that flank the top of some Greek vases (like this one). 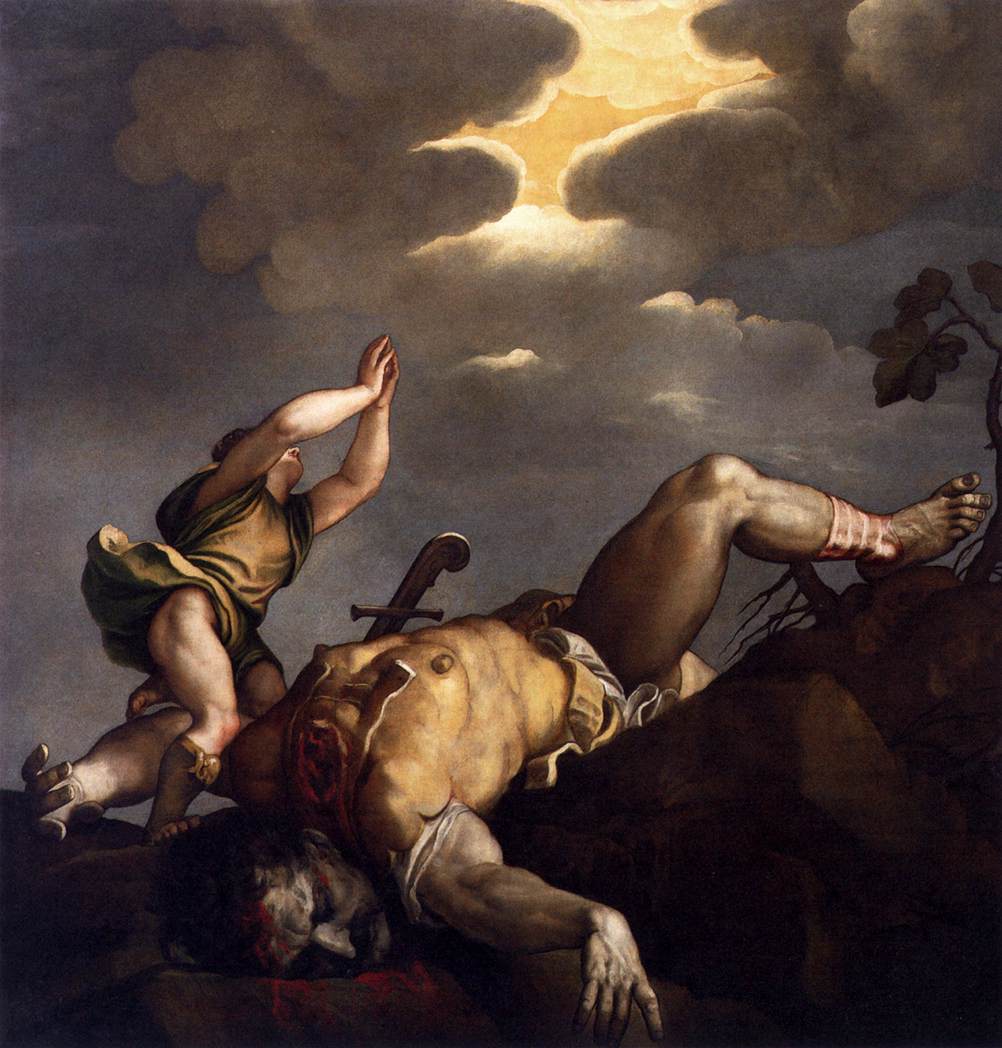 Anyhow, tonight I read here that there was a fire in seminary building near Santa Maria della Salute. (When I read about the initial fire, I immediately gasped and thought, “Are the baroque scrolls alright?” But it seems like the fire was concentrated at the nearby seminary.  Perhaps firefighters doused the roof of Santa Maria della Salute to prevent the fire from spreading. Nonetheless, my scrolls were spared! Yay!) However, water did seep in through the roof of Santa Maria della Salute, which has permanently damaged Titian’s David and Goliath (1542-44, shown right). David and Goliath was hung on the ceiling of the church, and seemed to have received the brunt of the damage. There are eight other Titian paintings located in the church, but an initial examination suggests that no damage has been done.

That’s good news, but it’s sad to hear about the ruined work.  I actually gave an empathetic moan when I read a quote by Vittorio Sgarbi (head of Venice’s museum agency) on The History Blog, which has a great post about this unfortunate disaster. Sgarbi rushed to the museum scene after seeing the fire from a nearby restaurant. He then relayed to the press that he saw “water dripping from the painting for over an hour.”

Aw. Poor man. That definitely won’t be the highlight of his career.

Luckily for us, it sounds like this painting will be able to be restored.  I don’t know if the painting can ever be “good as new” (or, er, good as it was before this deluge), but at least this painting isn’t lost forever.