The Barbizon School and Impressionism

When I was a senior in high school, my best friend and I studied art history at the same time. We also loved to hike together, and whenever we came across a beautiful vista or lookout we would exclaim, “Barbizon!” Although I would say “Barbizon!” in a breathy voice that mimicked a 1980s television commercial for the Barbizon School of Modeling (and perhaps it was also a breathless one, given altitude for some of the mountains we climbed?), the true reference of our exclamation was the Barbizon School of artists from 19th-century France. In essence, my friend and I were saying that the Barbizon painters would have enjoyed painting what we were seeing at that moment on our hike.

The Barbizon School was a group of painters who gathered near the French village of Barbizon (about thirty miles southeast of Paris) in the forest of Fontainebleau. These artists, despite coming from various artistic techniques and backgrounds, collectively were dedicated to studying nature and painting landscapes of the Forest of Fontainebleau region. In some ways, this interest in nature was prompted by the display of the John Constable’s landscapes at the Salon of 1824. (You can read more about the history of the Barbizon School on the Heilbrunn Timeline of Art History.) However, it was several decades later in the 19th century, after the rise of Impressionism, that this group began to be known as the Barbizon School.1 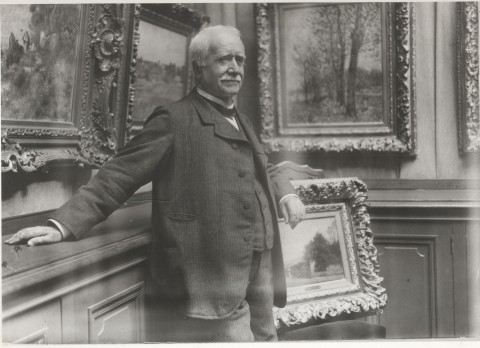 As a result, Durand-Ruel became a promoter and representative of the Impressionists, even committing to outright buying some of their art. In essence, Durand-Ruel wanted to create a commercial demand for Impressionist art, building off of his customers who appreciated the aesthetic and subject matter produced by the Barbizon School. This bold entrepreneurial move to create a commercial demand for Impressionism would help transform the way that the art market operated in the future; art dealers would not merely rely on the annual Salon to dictate which artists or paintings would be commercially popular.3 Durand-Ruel also succeeded in generating an interest for Impressionism in America by setting up a gallery in New York. He applauded the open-minded American public for embracing Impressionism by once saying, “The American public does not laugh. It buys!”

2 Will Gompertz, What Are You Looking At? The Surprising, Shocking, and Sometimes Strange Story of 150 Years of Modern Art (New York: Penguin Group, 2012), 38.